Northern Ireland: the Alabama of the UK

Alabama has just passed a bill implementing a blanket ban on abortion.

The new bill stipulates that unless the woman’s life is in danger, doctors could face up to ninety nine years in prison for performing an abortion, even in cases of rape, incest and fatal foetal abnormalities. This comes hot on the heels of similar legislation passed in Kentucky, Ohio and Georgia, the latter of which has recently passed the ‘heartbeat bill’, which bans abortion after six weeks, when cardiac activity is first detected.

These new bills are merely part of a larger master plan to overturn Roe v. Wade, the historic case that legalised abortion in the USA and forced other nations to reconsider their own laws on the issue.

People are angry, and so they should be. But many of us in the UK are quickly casting stones, regardless of the fact that the exact situation we are abhorring in Alabama is happening inside our own borders, and has been despite the legalisation of abortion in 1967.

I am talking about Northern Ireland.

Northern Ireland has the strictest abortion laws in Europe, despite the procedure being legal in the other countries of the United Kingdom since the implementation of the Abortion Act 1967.  Concerns of the Catholic and Protestant Churches as well as the Democratic Unionist Party led to the law being blocked in this part of the UK, and as a result, nearly one thousand women a year are forced to travel to Britain to access abortion services, while many others run the risk of ordering abortion pills online. 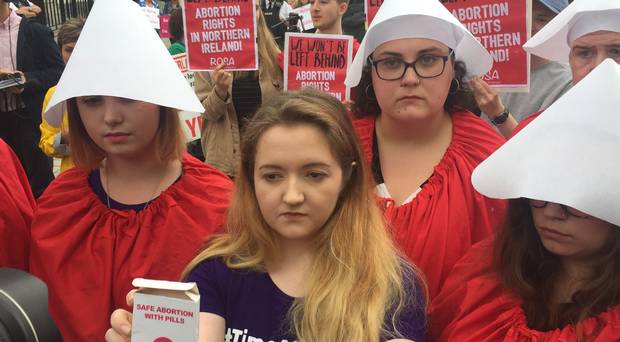 Some attempts have been made to change this, but they have largely failed due to the DUP’s anti-abortion stance and blocking of any laws aimed at reform in the Northern Irish Assembly. However, in the absence of devolution (Stormont’s power sharing collapsed in 2017) Theresa May’s government has resisted action, largely due to the fact that the current government is propped up by the support of the DUP.

As a result, Northern Ireland’s abortion laws have remained largely unchanged since 1861, when the original law illegalising abortion in the UK, the Offences against the Persons Act, was passed. To this day, it remains illegal to for any doctor to terminate a woman’s pregnancy, even in cases of rape, incest or fatal foetal abnormality. The only exception to the law is when a woman’s life is in grave danger. However, as the tragic case of Savita Halappanavar in the Republic of Ireland demonstrated seven years ago, this room for leverage is not always clear cut.

This is despite the overwhelming majority of Northern Irish people desiring change in this legislation. According to a recent poll by Amnesty International, 65% of adults in Northern Ireland believe that abortion should not be a crime, while a further 66% believe that Westminster should take action on the issue in the absence of devolved government. 80% believe that a woman should have the choice of abortion when her health is at risk or in cases of rape or incest, while 73% believe this should also be the case for fatal foetal abnormalities.

Indeed, some pro-choice activists have even argued that the laws in Northern Ireland are actually stricter than those in Alabama. Certainly, there is room for this argument: although a doctor could face life imprisonment for performing a termination in Alabama, in Northern Ireland the woman herself faces this sentence, while third parties, such as parents, could face imprisonment for obtaining abortion pills for pregnant women. As late as November last year, a mother challenged a decision by the Public Prosecution Service of Northern Ireland to prosecute her for obtaining abortion pills for her fifteen year old daughter. If prosecuted, she could face up to five years in prison. 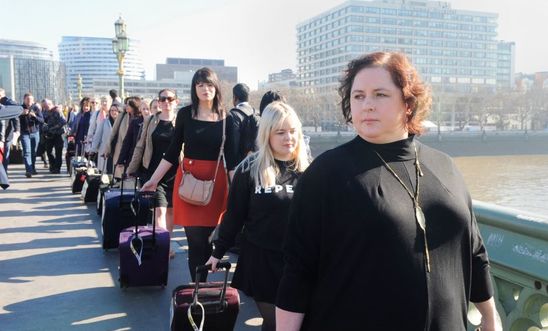 Nevertheless, this comparison shouldn’t be reduced to a competition of which women have it worse. Instead, we should take stock of the situation in Alabama and use it to address our own laws in the United Kingdom.

We cannot condemn Trump’s USA while women in Northern Ireland continue to be denied access and suffer.

Therefore, it is vital that action is taken. BPAS have taken the opportunity to encourage people to email their MP on the issue, while celebrities such as the cast of Derry Girls have voiced their support for the issue. Indeed, legalising abortion in Northern Ireland would not only send a stark message to Trump’s cronies in Alabama, Georgia, Ohio, Kentucky and so on, but it would also afford Northern Irish women the freedom and justice they have been denied for over a century.

You can write to your MP about changing the law in NI by following this link:

Placement #2: Hitting the Ground Running | PGCE: Day in the Life

Christmas as a teacher: Step-by-step | Day in the life